The Wizard of Oz

This is my storyboard for "The Wizard of Oz". It was directed by Ronny Danielsson and lit by Thorsten Dahn.
It premiered at Malmo Dramatiska Teater (Hipp) in December 2004.
The storyboard was created in the modelbox and in photoshop.
I will post a later blog showing the process and some of the stuff that did not make it to the stage. 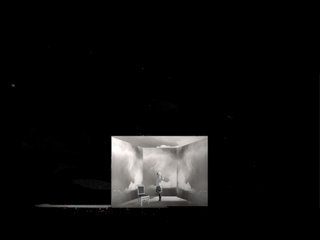 1 The beginning in Kansas. This 'house' was made from paper on a steel frame with the sky projected onto it. 1 As Dorothy became more stressed the clouds began to move and then...... 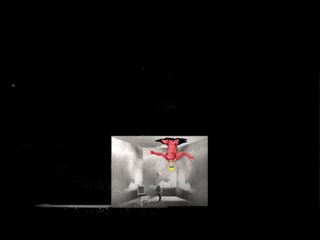 2 The roof fell in - the nightmare begins, then a skydiver came in through the roof and snatched Dorothy. The 'house' then fell down and she found herself in... 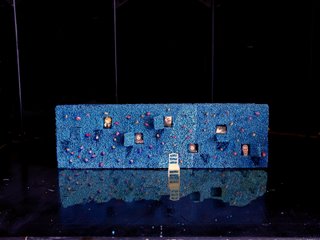 3 This is Lilliput land which begins Dorothy's journey to the land of Oz. This wall was made of blue grass with lots of small hidden 'windows ' in it. Each window would open to reveal a puppet which was individually lit from with in the box. As the good witch appeared dozens of flowers exploded through the wall. 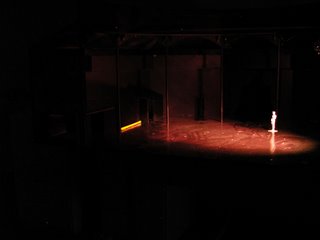 4 The yellow brick road. This was a lightbox that followed the perimiter of the stage. it would light up as they approached and go off as thew passed by, this allowed me to take the actors on a journey around my space. 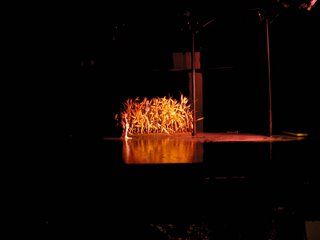 5 Dorothy meets the scarecrow. If you look carefully you can see him amidst the corn 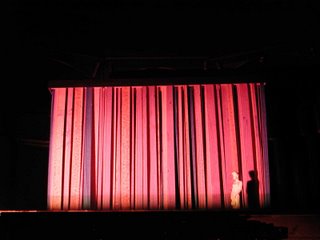 6 The forest where thy meet the tin man. This rose up through the stage and was lit from below to increase the height. The 'trees' are made of elastic so they could stretch really high and so that it was possible for people to pass between them. 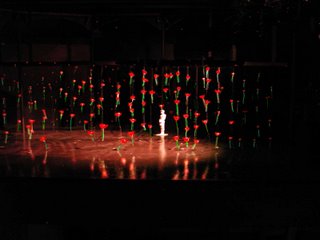 7 A sea of poppies. This is where they meet the lion. I wanted the entire stage picture to move rather in the way long grass does in the wind so the poppies were individually suspended from thread over the stage. These were then pulled gently from the catwalks over the stage. 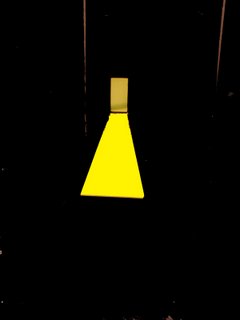 8 part of the yellow brick road 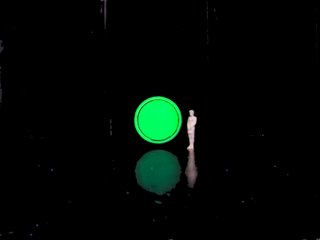 9 The entrance to Oz was found by Toto - it was a disc that rose up through the floor and the door was a revolving disc within this form. This entire form was a lightbox and it was lit before it appeared out of the darkness so the form changed as it rose up. 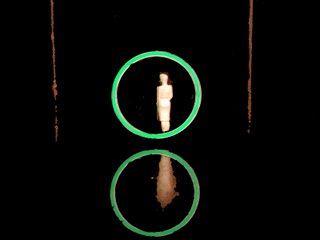 10 The final image before the interval - The entrance to Oz, a bright green ring then to a slow blackout 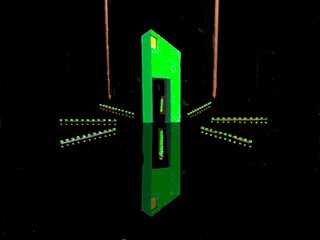 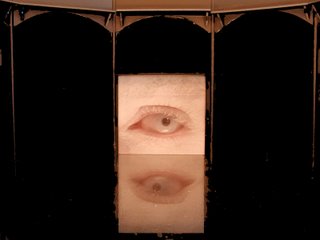 12 The manifestations of Oz. This eye was filmed and moved to look at Dorothy 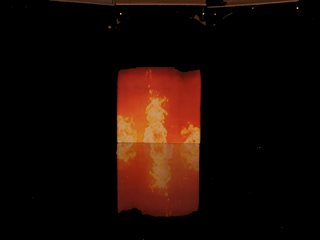 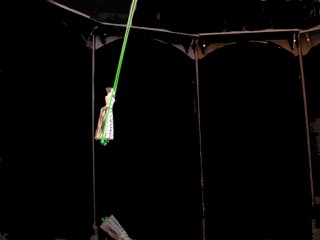 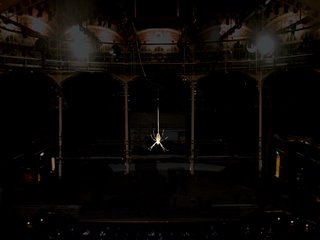 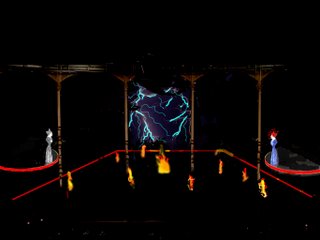 16 The land of the wicked witch - I had living flame built into the stage floor that flared up as people passed it. 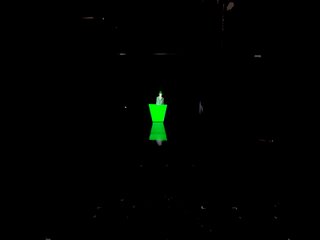 17 Leaving Oz - this was a lightbox that lifted into the air with the wizard in it. As he disappeared skywards a smallmodel of the same flew over the audience to complete the journey. 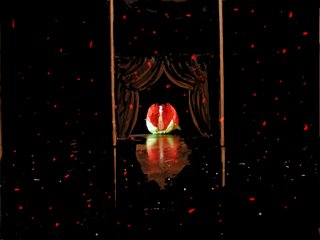 18 The entry of the good witch 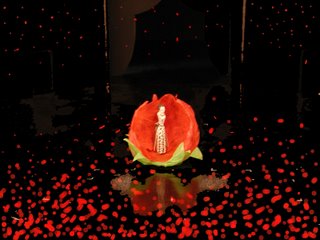 19 This is the party in the land of the good witch-she arrived in a huge flower. 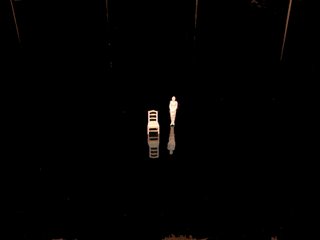 20 This is the final image. Dorothy back in Kansas - represented by her chair which we established in the opening image. We 'lost' the rest of the stage by using a single spot to focus on Dorothy.
Posted by Frank at 9:10 pm